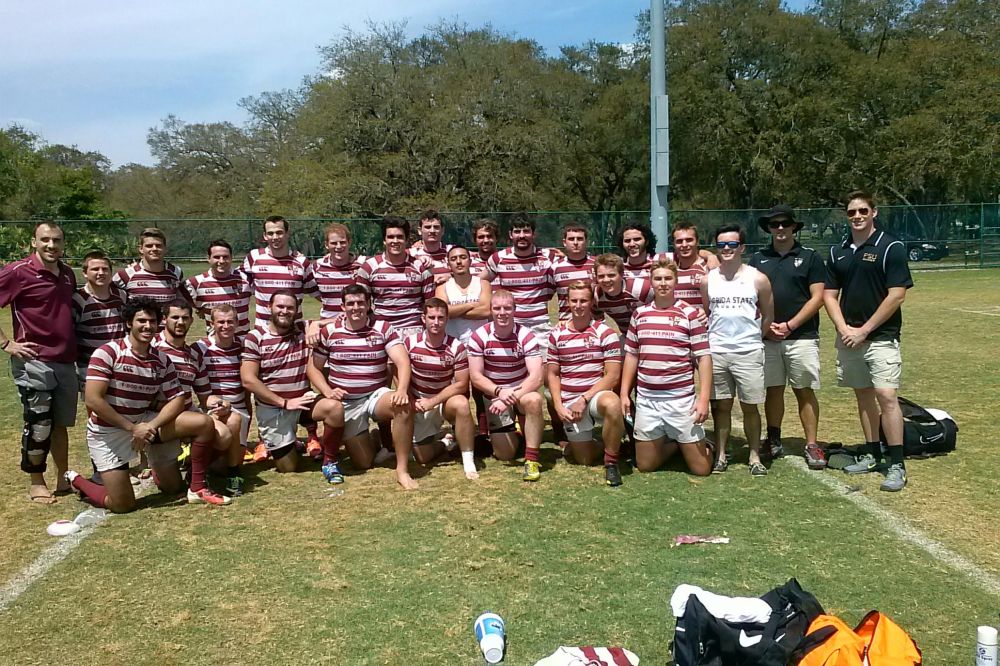 On early afternoon on Saturday, April 5th, the Noles of FSU Rugby punched their ticket to the South Independent Rugby Conference Playoffs for the 3rd straight year. All that stood between FSU Rugby’s trip to Marietta, GA was an away fixture with heated rival, the USF Bulls.

Because of weather issues, the game had been rescheduled for this past weekend and there was no love lost during the extra week of preparation. For the second time in as many weeks, an amped-up Noles squad traveled to Tampa to finish off the season with a shot at a post season run.

The season has been a tumultuous one with many ups and downs. FSU Rugby started their season against FIU in early February after taking a massive hit to the coaching staff, losing not only the head coach, Kirk Swanner, but also a number of assistant coaches

The Noles didn’t let the shake-up in coaching staff effect their resolve and commitment to the season and kept their goal of getting to the SIRC Championship as an ever-present goal in their minds.

On a beautiful, sunny Tampa afternoon, the Noles made that goal a reality. The Bulls did not roll over by any means, and the contest was wrought with physicality and aggression. The Bulls have always been a rival of FSU Rugby, and they were trying to play the role of spoiler for the Noles. Playing only for pride, the Bulls game out fast and physical from the first whistle. Through a relentless amount of pressure in the first twenty minutes, the Bulls were able to turn pressure into points.

FSU Rugby was not without their flashes of physicality and expansive rugby, and were able to maintain a close score line. The half-time score of 13-7 marked an uphill battle for the Noles in the second half. The bulls scored another try in the second half to push the margin to 18-7. The Noles answered back with a scorching backline movement that found Austin Follos beating his opposite number on the sideline and dotting it down to reduce the deficit (18-14). Late in the last quarter of the game, newly named outside centre, Jared Williams was able to use his speed to break through the USF defensive line and scored his second First XV try in as many caps. The score at this point was 21-18 for the traveling side, and they drove back to Tallahassee with a solid team victory and a chance to play for the SIRC Championship.

“We were able to play in their half for most of the game, but we gave away too many penalties and turnovers,” said Dan Burczak. “We probably should have put a few more over the line, but I am still really proud of the guys and this victory.”

“It was more important that we played a full game as a team, and this victory really couldn’t have come at a better time for the club. We get to know what it feels like to compete in a ‘grinder’ right before we go into the post-season,” said Head Coach, Asa Brown.

The team has one week to get geared up and ready for their trip to Marietta, GA for the SIRC Championship. As a number two seed out of the south division, FSU Rugby will take on the number one seed from the north division, Mid-Tennessee State University.

All roads seem to lead to defending National Champions, UCF Knights who are the number one overall seed in the SIRC and will be hoping to repeat their tremendous run last year to the D-1A National Title. If the Noles are able to get past MTSU, they will likely face UCF for the Championship on Sunday, April 13th.

If you are in the Atlanta area and wish to attend the match, it will be held at the Life University pitch at 12pm noon on Saturday, April 12th. Also, feel free to follow the live feed of the match on Twitter by following @FSURugby.